Back On The Highway: What Was Meant To Be Tom Cochrane’s Last Recording 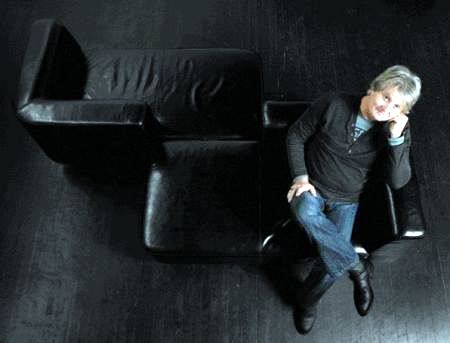 Canadian Music Hall of Famer Tom Cochrane initially wrote the song Glide as a career farewell, but he found the recording of it to be “too much fun” and made it a part of a his upcoming new album, No Stranger.

Last year, in a cottage overlooking Northern Ontario’s Georgian Bay, Tom Cochrane figured he might be crafting his very last recording. His career had made an indelible imprint on Canadian rock over more than three decades, capped off by an induction into the Canadian Music Hall of Fame in 2003. The song Glide would be his farewell to songwriting, and in one of its Dylan-esque verses, he sang: “My swan song so I’m outta here / A good exit is always something to cheer.”

“I was feeling pretty satisfied,” says the tousle-haired, 53-year-old singer, relaxing after a photo shoot at a downtown Toronto bar. “You get to a point where you say, ‘Maybe this will be the final piece of work, and then I’ll move on.’ ” In the song, Cochrane even managed to refer to his signature international hit in the past tense: “Life’s a highway, it’s been said / Sometimes the road gets rough; it hurts my head.”

But kicking back in his rural studio, Cochrane found he was having “too much fun.” He felt himself absorbing energy from “the water, and the magnetism in the rocks — it creates a feeling of well-being that goes beyond just being in the country.”

Accordingly, the resulting album, No Stranger, is at once reflective and propulsive. “There’s a sage-like quality about the record,” offers the soft-spoken but loquacious singer, “like I’m comfortable in my skin and can look back on things. I don’t like to do that too much; I like to move forward, and that’s a big part of this record, too.”

The opener, The Party’s Not Over, is immediately catchy, but while Cochrane’s record-company bio seeks to inform us that it “recalls the joyfulness” of Life is a Highway, its exuberance is tempered by a wistful quality, as he sings in the chorus: “Somebody leaves and someone arrives / Somebody’s born and somebody says goodbye.”

Cochrane’s songs have always displayed an awareness of life’s precariousness: The Manitoba native’s fistpumping, blue-collar classic, Big League, for instance, tells the true story of a teenager whose dream of a hockey career is cut short by a truck speeding in the wrong lane. His first hit with former group Red Rider (whose guitarist Ken Greer makes a welcome return on No Stranger) was White Hot, inspired by the short life of poet Arthur Rimbaud, who went from gallivanting around Paris as a bad-boy symbolist poet to gun-running in Somalia.

Looking back, Cochrane recalls his own visit to Somalia in 1990, when the marines landed. “There was no food, but it seemed even the 15-year-olds had guns. That was an area that Rimbaud had spent a great deal of time in. He ended up a pretty lonely man. So the song became a real study to me: how you can become corrupt, and the repercussions of how you can go from being one thing to another. What you trade on for success is not what you bargain for in the end.”

Accordingly, Cochrane has been involved with various global charities over the years, including World Vision and the World Society for the Protection of Animals. A visit to Kabul in 2004 to play for Canadian troops inspired the song Rough and Tumble, which mentions Cpl. Brendan Murphy, who was killed by a suicide bomber shortly after Cochrane returned to Canada. Like Big League, the song is not simply an elegy: “Kids like him, they give me strength,” he sings, “Get me outside of my pride.”