Cochrane Continues To Inspire The Masses 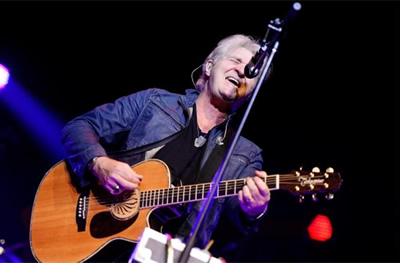 REGINA — Canadian music icon Tom Cochrane left an indelible impression in February performing at Casino Regina — the sold out show was so good that mere months later the venue has him coming back for another performance tonight.

“Any excuse to get back out there is a good one,” advised the hit-making rocker. “The casino was obviously happy with our show in February and there was obviously demand, so I always pinch myself that I’m able to do this — it’s what I love to do so I keep doing it. It’s always nice to get out to Regina so getting to come back a few months later is a wonderful pleasure. I consider myself a prairie boy so it’s like coming home.”

Asked if he anticipated his longevity in the music business as he tried to break in four decades ago, Cochrane quickly replied.

“No. I don’t think you ever do,” he said. “At least I didn’t. You figure you’re going to ride that horse as long as you can before it bucks you off. If you’re lucky enough to get up there and do it, you just try and put one foot ahead of the other and keep moving forward. Like the cliché in Life is a Highway, you keep looking forward on that road ahead of you, taking things day-by-day, record-by-record, and song-by-song.

“Before you know it, you have a career: a body of work, and people that you’re songs resonate with that date back quite a few years. It’s a wonderful position to be in and something that I try to never take for granted.”

With 14 albums under his belt, including seven with longtime band Red Rider, the cordial rocker has earned major accolades, written many hit singles, and sold more albums than most Canadian acts could ever dream of. Yet it’s the recognition of his contribution to Canadian music and global humanitarianism that stands out to him.

“That’s really tough,” Cochrane acknowledged. “I think in general there’s so many things to reflect on throughout your career but I would have to say the Order of Canada would have to be on top of the list and then the Canadian Music Hall of Fame. Being a proud Canadian, and someone who’s felt you should walk the walk and be aware of the world and a lot of other things, I’ve felt that being named an Officer of the Order of Canada was a wonderful thing and really something that I cherish very deeply.”

An accomplished golfer, pilot, and most importantly a family man, Cochrane celebrated his 62nd birthday in May, and still finds himself on the road for a significant portion of the year. And he’s not prepared to quit performing anytime soon.

With a catalogue of songs immediately familiar to even the most casual of listeners, fans can count on Cochrane playing the hits, various album cuts, and a few tracks from his newest album Take it Home.

Yet he hopes it’s the performance that leaves the biggest impression.

“I really like people to go away inspired and feeling good,” Cochrane said. “I like to put a smile on people’s faces and I like to make them think a little bit, so there’s a few of those moments. In general, I want them to be inspired. If the biggest criticism I get from anyone who wishes to criticize is that Tom Cochrane falls back on the anthem formula to much, I’d like to think when you come out of some of the melancholy and sadness of life you come out the other end stronger for it and better for it.”