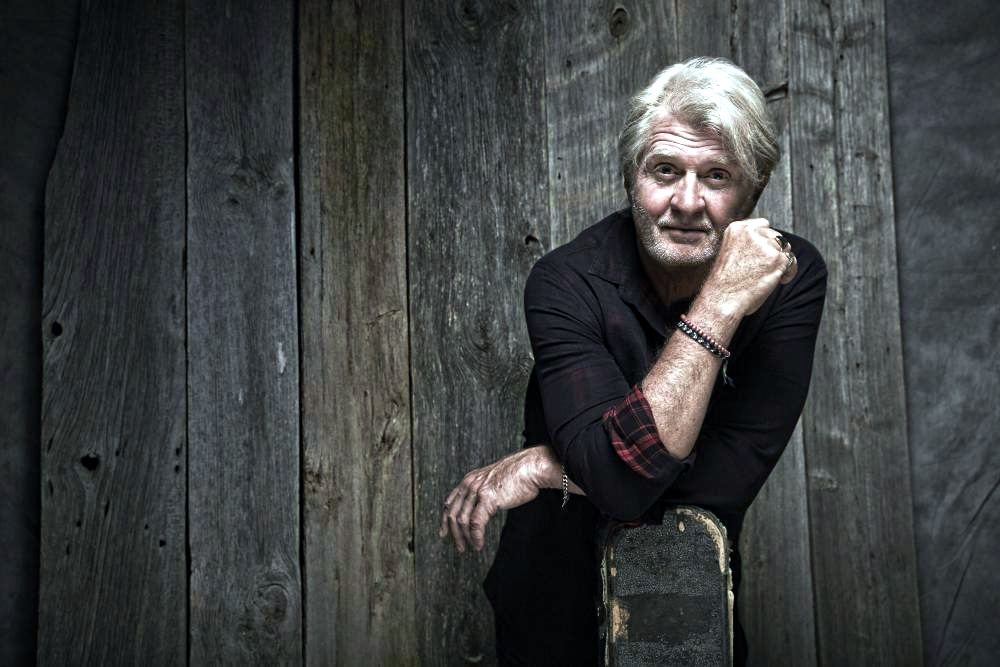 Medicine Hat is one of Tom Cochrane’s favourite communities in Alberta and he loves the local golf. “I played a tournament there,” he said, referring to the 2015 Canadian senior men’s championship. “Every area of the world, if you have a golf course, it represents the area. It represents that Badlands area.”

Tom Cochrane and Red Rider make a stop in the Hat March 19 at the Esplanade. Unfortunately, it’s not quite golf season.

Touring in winter-like conditions or at the tail end of winter in Canada is part of the fascination and excitement for Cochrane. “I love it. As much as summer festivals are a different kind of dynamic, people kind of appreciate the shows and being infused with a little bit of music, art, and culture – and perhaps energy in the months that drag on, as winter,” he noted.

With an illustrious career spanning more than four decades, the pride of Lynn Lake, Man. has toured many a Canadian highway. From fronting legendary rockers Red Rider in the 1970s and 1980s to becoming an undeniable influence on the Canadian music scene as a solo artist in the 1990s and beyond, Cochrane is indeed a treasured Canadian icon.

Cochrane and Red Rider’s hits include “Lunatic Fringe,” “White Hot,” “Boy Inside the Man,” “Big League,” “Good Times,” “Sinking Like A Sunset,” and “Life is a Highway.” Cochrane has also been involved with many humanitarian causes and organizations over the years, is an Order of Canada recipient and Canadian Music Hall of Fame inductee, has won eight Juno Awards and numerous other industry honours – including the 2013 Allan Waters Humanitarian Award.

Cochrane and Red Rider were out on the road last year for a similar tour in Eastern Canada and is currently on a Western Canadian tour, which includes smaller venues in Alberta and B.C. “I said to my agent, I love playing secondaries. I love playing the smaller towns. My favourite venues are these theatres.”

“They’re not so big you feel disconnected with the audience. And most of them sound pretty good,” he said, adding he will be back out to Western Canada this summer on the festival circuit.

According to Cochrane, he found the tour last year in the eastern provinces to be very effective, even though he was first on the fence about it. “We take a break between the first and second half of the show,” he said, adding the beauty of the two-part show is the first part of the show is introspective, more acoustic, more of a connection with the audience, and features more storytelling.

“By taking that 15-minute break, it gave people pause and they got a beverage and we came back and the back-half of the set was heavier,” he explained, in regards to the previous tour and it evolving into the current tour.

“We are not having an opening act and we’re approaching it that way, because most of these halls also like the break, so that is one of the reasons we did it,” he added.

With the longer show, “We really give people a bang for their buck, in terms of a real strong representation of all of the songs,” he said, and the performance of some songs the band might not normally play. “Everybody gets something they came for.”

For Cochrane, the juices are starting to flow once again to record a new record. “I always compare making a record to migration. As an artist, I’m kind of like a bird. All of a sudden you have that instinct to migrate. That’s sort of what the instinct for writing a record is. I’m starting to feel it – that call of the wild, that urge.”

Cochrane said the days of fulfilling a record contract are over. “You’ve got to want it and you’ve got to have that urge to make the record.”

“It was always there on some of the early albums, but there was always that sort of need to make that record and get another one out there and keep moving forward that way,” he added. “I’m going to have to satisfy that urge.”

With the Esplanade, Cochrane said he’s excited about returning to the Hat and the theatre is a great room. “We’re looking forward to seeing everybody out there. It’s like family for me. I think people really enjoy the show. Hopefully, we’ll see everybody out.”