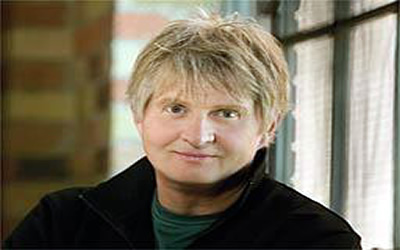 On his new release “No Stranger,” Tom Cochrane again explores the human condition from a third person narrative, but does it more intimately thanks to a reconciliation with an old friend.

Cochrane hooks up with Ken Greer, his collaborator from Red Rider, to create a CD that is in keeping with Cochrane’s audio explorations of relationships, but with the depth and layered texture reminiscent of Red Rider. Also from Red Rider, Jeff Jones is along on bass, while Troy Feener provides drums and percussion.

The reunion with Greer seems to make this release more personal than Cochrane’s previous release “Xray Sierra,” eight years ago, but Cochrane says that isn’t necessarily the reason.

“They’re all personal in their own way, it’s just a matter of how many layers you’re going to pull back,” he explains. “I think the most personal thing about making a record is the preparation to be honest and to open up, within reason.”

But he does admit that working with Greer after 12 years apart re-sparked something musically between the two. Cochrane set out on his own in 1990, and the two reunited in 2002 to do a benefit after a friend’s murder (John Garrish was stabbed by two teens in Toronto’s Yorkville district and robbed of a few dollars) an event Cochrane calls a “sobering experience.”

“We played a couple of songs with Jeff (Jones) and a make-up drummer. We played (Lunatic) Fringe and a couple other tunes and it just felt so honest and great,” he says of the benefit that, in effect, brought Red Rider back together. “Maybe the energy of John’s spirit kind of put a different focus on things. We moved on from there and it’s been really fun.

“Kenny and I have a kind of new relationship that’s probably better than it ever was when we were in Red Rider. We’re older and wiser and more appreciative of whatever attention we get,”he concludes. “I wouldn’t say that our relationship deteriorated to the point of some, where they can’t even stand to be in the same room. It wasn’t like that. We just kind of became estranged. Like a bad marriage I guess.”

And like the boredom in a marriage gone bad, the exploration of new worlds by both partners usually results in revelations that sometimes draw them back together. And when it does, the results are often greater than the combination of the two talents.

“One of the reasons we went our separate ways was that I felt the steel guitar was expected of us and it was one sound, and it was always the same sound,” explains Cochrane. “But Kenny is just a magician with a guitar. The solo in ‘Didn’t Mean’ (the first single from “No Stranger”), for instance, is just a wonderful solo. It sounds like a backwards guitar … and he takes the idea expressed in the line Sing bird, just for me and he sounds just like a bird.

“That’s just an example. I brought some exotic pedals from England and I’d say ‘Kenny, try this stuff’ and he’s like a painter, so he’ll paint the background colour to a song,” he enthuses.

Asked about the choice of “Didn’t Mean” as the first single, Cochrane explains that the decision wasn’t his alone, but he understands the reasoning behind it that it’s a bit of a departure from his recent work.”

Jeremy (Summers, VP of National Promotions at Universal Music Canada) is the radio guy; that’s not my job, you know. I make the record and then I hand it off and I have an opinion, obviously, but I think that you have to leave that side of it in their court,” he explains. “Jeremy really felt that that was one of the premier songs on the record and that it was a good stepping out point for the record.

“He felt that maybe ‘Party’s Not Over’ was reminiscent of old Tom Cochrane, whereas ‘Didn’t Mean’ kind of breaks some new ground but there’s that strain of some of the best of the Red Rider stuff. So I think it was a good choice, for sure,” he concludes.

“Party’s Not Over,” the lead-off track on the album, is very reminiscent of “Everything Comes Around,” from 1991’s “Mad Mad World” (Cochrane’s first record after leaving Red Rider), but the emotional choice for Cochrane would have been his cover of “Spirit in the Sky” (the 1969 Norman Greenbaum anthem) that finishes off the disc.

“I’ve always loved that song and I’ve always wanted to do a version of it. Somebody said the other day they wouldn’t recognize it other than the lyrics, which is sort of true but I think the old blues lick is indelible. To me it’s like Nine Inch Nails meets Tom Cochrane doing gospel,” he explains. “And it’s not to say I’m a stark raving fundamentalist, religious guy, because I’m not. I think the song is powerful, it explores that gospel side but it can be taken a couple of different ways, too. It can remind people, in the context of the whole record, that tolerance is a very important part of religion. I think the song has a certain positive energy to it, but there’s still an undercurrent of angst. I think the song is a very powerful end to the record.”

Leading up to it, the original composition “Since U Left Me” (the tenth track) sets the stage musically and philosophically for “Spirit in the Sky,” with the same powerful old blues guitar (slightly distorted) and the lyrical exploration of what Cochrane calls the disillusionment with certain aspects of the “Western” dream — not just the American Dream or Canadian Dream.

Cochrane also points out the almost conceptual flow of “No Stranger” as a whole from the lively, hopeful “Party’s Not Over,” through the spiritually uplifting “While You Are Young” and “White Horse,” intimate dreamlike ballads such as “Out of My Head” and “Deep Breath,” and the decisive conclusion of “Since U Left Me” and “Spirit in the Sky.”

“This record explores the personal side of relationships, perhaps the materialistic side of our society and also spirituality. It’s an exploration of human desire, relationships, temptation, but also the higher idea of blood feuds and making reparations. ‘Let’s bury the hatchet, you know?’,” he concludes. “It’s a small planet; we’re realizing that more and more every day and, you know, we’d better start getting along. As corny and as maudlin as that sounds, it’s the truth.”

And are we going to have to wait another eight years for the next Cochrane/Greer collaboration?

“I don’t think so. I probably have another four or five songs that were almost done for this record, that we didn’t finish and I think are pretty strong.”

“No Stranger” is due for release on October 31.