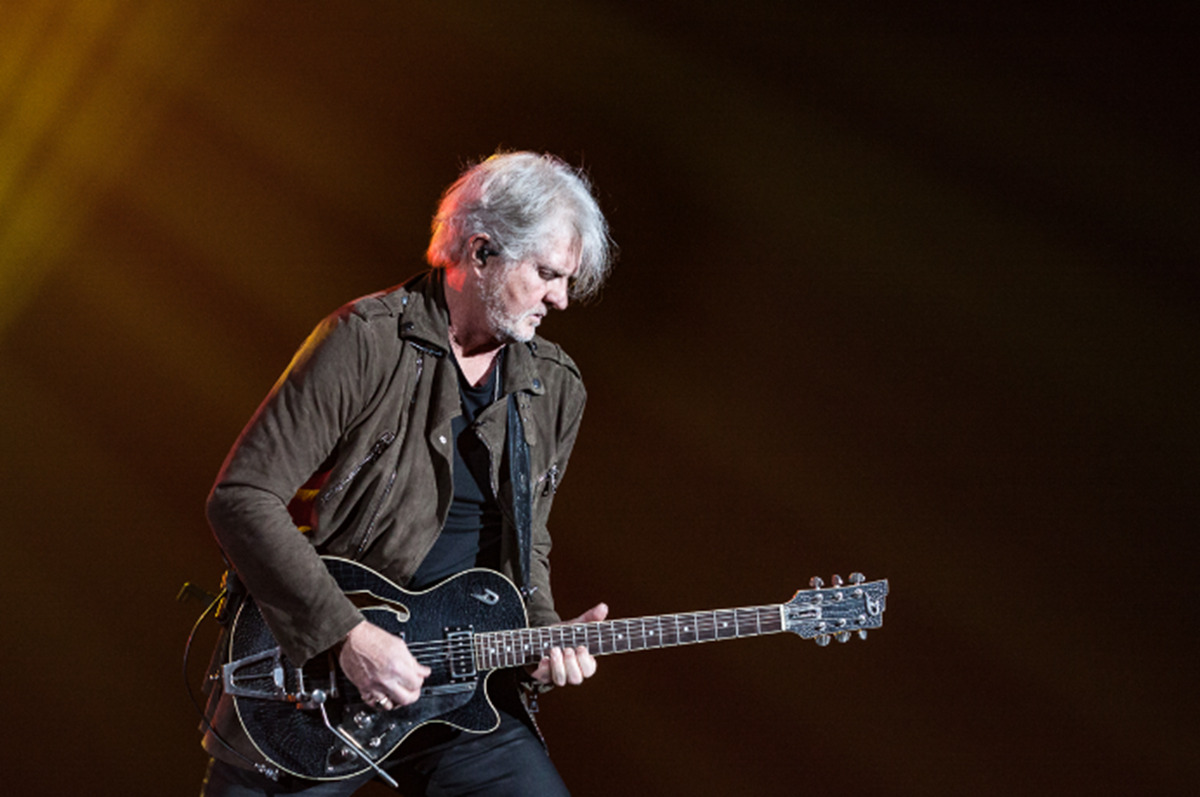 The Mad Mad World of Tom Cochrane made a stop along the Highway of Heroes at the Abbotsford Centre March 2nd, 2017. 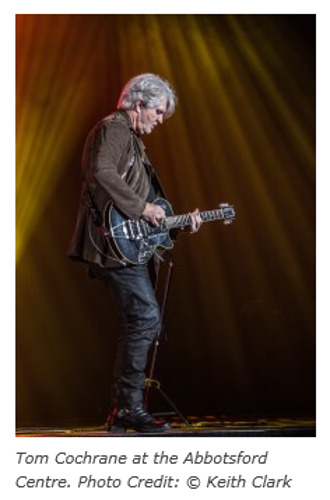 Along with Tom Cochrane were some original members from the iconic Canadian band, Red Rider . They are backing Cochrane on this tour supporting the Silver Anniversary release of his legendary Mad Mad World album, originally released in 1991.  The deluxe edition includes the remastered tracks from MMW along with a previously unreleased original demo recording of ‘ Love is a Highway ’, from which his career defining single, ‘ Life is a Highway ’ grew from.  The 2-disc set also includes a 1992 concert performance recorded in Chicago.

Joining Cochrane on tour across Canada, is country artist Meghan Patrick , who grew up in Bowmanville, Ontario.  Currently with a hit single on the Country Music charts with ‘Still Loving You ’, from her debut album “ Grace and Grit ”.  Patrick has a great vocal range, which she attributes from starting in Opera, before learning guitar and took up song writing which landed her in the country scene.  Warming the crowd up playing a selection of songs from her album, her band were tight and sonically wonderful.  Classic elements such as moody slide guitar, to the classic twang of a Fender Telecaster rounded out with either an acoustic guitar or fiddle to complete the essence of that country music sound.

Running through a selection of songs from Mad Mad World , Cochrane and the band opened the show with the title track, then moved into ‘ Brave and Crazy’ , ‘ Sinking Like a Sunset ’, and ‘ Bigger Man ’.  Speaking to the attentive audience, Cochrane thanked the crowd for coming out and supporting Canadian music.  The band effortlessly moved through the remaining tracks from the album, playing classics such as, ‘ All the King’s Men ’, ‘ The Secret is to know when to Stop ’, ‘ Washed Away ’, ‘ Friendly Advice ’, ‘ Everything Comes Around ’, ‘ Emotional Truth ’, ‘ Get Back Up ’ and rounding off the Mad Mad World portion of the set with ‘ No Regrets ’, which Meghan Patrick joined them on stage. The band then made a slight configuration change and brought the members of Red Rider to the forefront by having guitarist Bill Bell switch places with bassist, Jeff Jones.  Having a little moment of fun with Patrick, Cochrane started in on ‘ Hit the Road Jack ’ and let her give a low down bluesy feeling crack at it.  Once they were done playing around, and Cochrane spoke of how ‘ Life is a Highway ’ was inspired from his touring in third world countries and we need to all help one another, especially today with what’s happening in the world. They cracked into it with Meghan Patrick accompanying Cochrane on the choruses.  With Red Rider now in control, we all stepped back into the early 80’s for a trip through time with the Multi-instrumentalist, Ken Greer playing pedal steel on the instrumental ‘ Light in the Tunnel ’ then into ‘ Human Race ’. Introducing the next song, Cochrane told of how when he was up in Perry Sound, home of hockey legend, Bobby Orr, Bobby asked him to play that song about getting to the NHL to which he informed Bobby that the song is about all the ones who didn’t get to the ‘ Big League’ .  Cochrane spoke about how important the game of hockey is to Canadian culture and proceeded to dedicate the song to all the parents who get up at 5am to drive their sons AND daughters to the hockey rinks.  He then asked that we keep hockey alive in Canada by supporting it, nurturing it and keep the game here!  As the band played the opening chords of the song, it became evident that the audience was going to be singing along right from the first verse.  Cochrane reading the crowd perfectly, turned his mic to the crowd for the chorus, to which they responded almost like a national anthem at the start of any hockey game.  Playing it up to the crowd, Cochrane moved from side to side of the stage, engaging the audience, bringing them together and making them all feel part of the show. 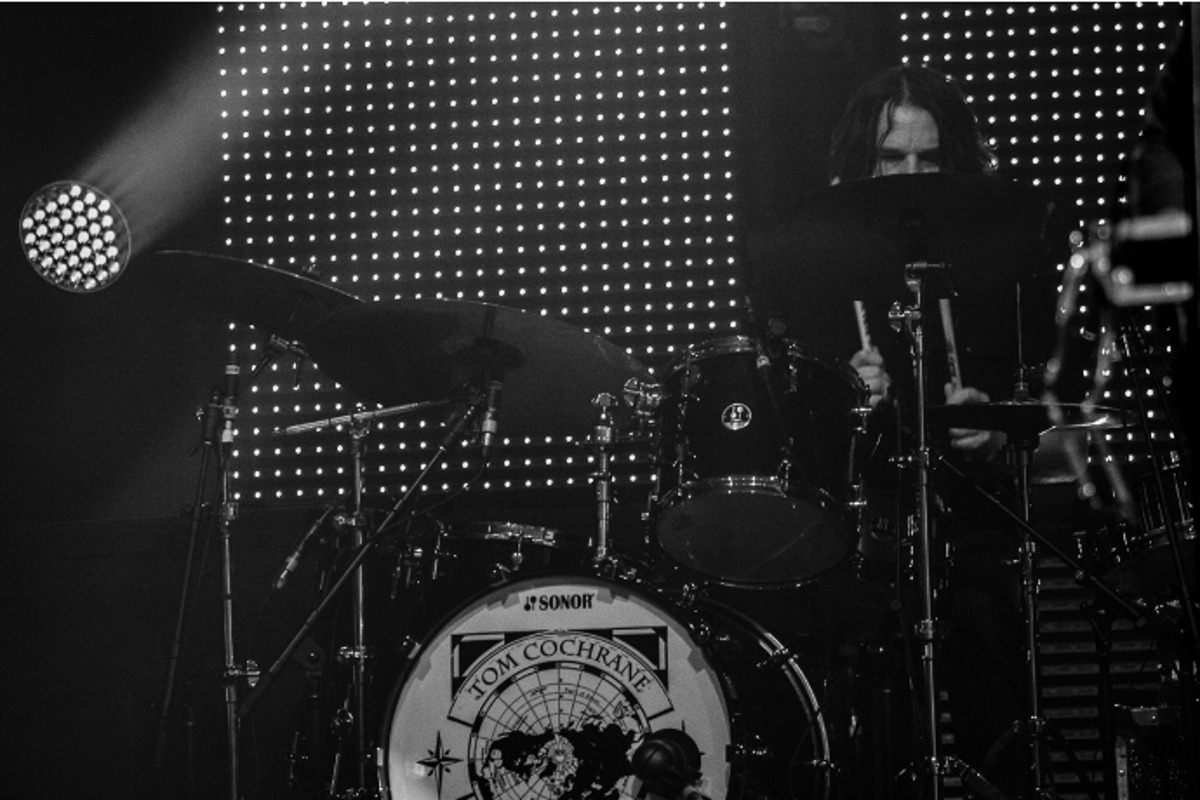 Part of growing up in Canada, and in the 1980’s, the governing body for Radio had a Canadian content rule in place.  This meant that everything played over the airwaves on Radio in the 80’s had to be 30% Canadian artists.  What this gave Canadian bands like Tom Cochrane and Red Rider was a platform for their music to be heard nationwide.  So, with that in mind, when they launched into one of Red Rider’s biggest hits, ‘ Lunatic Fringe ’, the audience erupted in applause and shouts of approval.  Before the song began however, Cochrane spoke of how the song is about politics and how we are on the edge of very interesting times ahead.  They finished off the set with another Red Rider hit, ‘ White Hot ’ before disappearing stage right.  The crowd chanting and applauding for an encore, Tom Cochrane along with keyboardist Ken Greer , bassist Jeff Jones , guitarist Bill Bell , and drummer Davide Direnzo , all returned to the stage.  Playing another classic, ‘ Good Times ’, the audience stood dancing in their seats.  Cochrane and Red Rider finished the night off with ‘ Boy inside the Man ’ which Cochrane describes as the song that describes his personal musical journey through life and a look back at the band’s career along the way.  A great way to end the night!