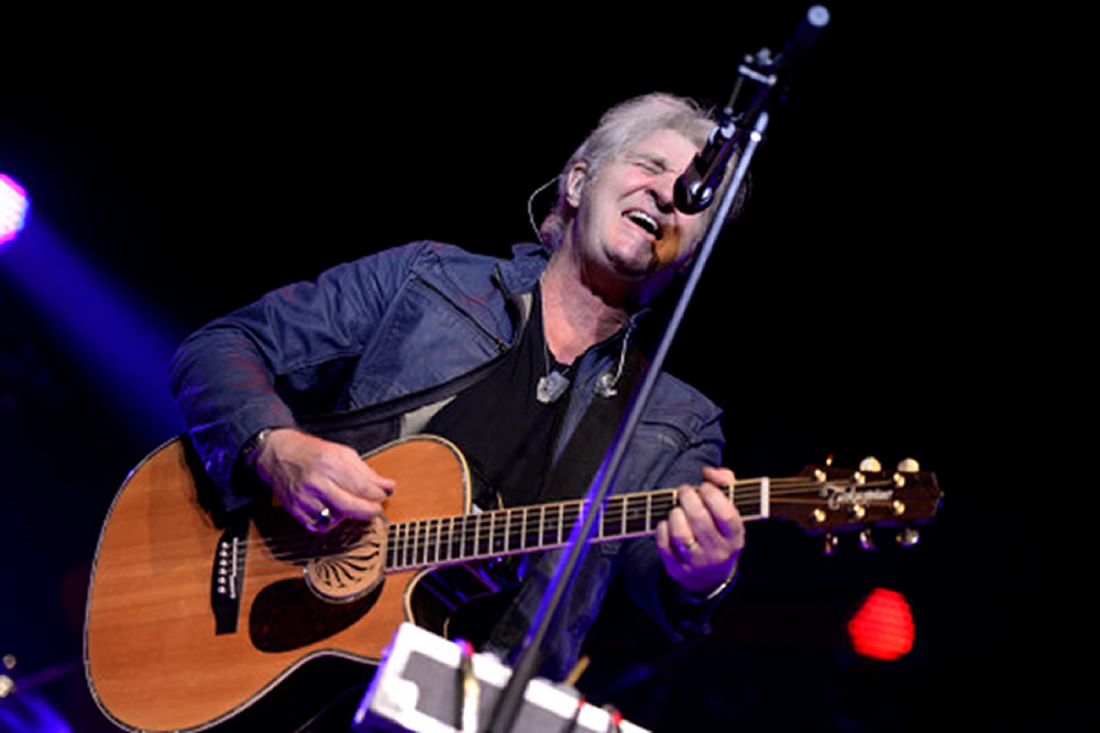 It might be early in his Take It Home tour but Tom Cochrane is in mid-season form. The 61-year-old Canadian icon stopped at the Casino Regina Show Lounge on Tuesday night -— it was the third show of the 14-date tour promoting his latest album Take It Home — and he delivered a wildly entertaining show to a sold-out crowd. The 20-song, 115-minute show demonstrated exactly why Cochrane has been at the top of the Canadian music scene for the past 35 years. While his music is sonically pleasing, its depth comes from Cochrane’s songwriting — he is a storyteller extraordinaire and it’s that combination of music and lyrics that makes his songs special.

A native of Lynn Lake, Man., Cochrane made sure to point out he wasn’t afraid of touring the country during the winter.

“A Canadian tour in the winter time? That’s the rugged way to do it and I’m sure Canadians appreciate it,” he said with a smile.

Although he kept his storytelling to a minimum — he stated that some have complained he talks too much when he should just be playing music — Cochrane did share a couple of interesting stories. One, in fact, pointed out a difference between fiction and reality when it came to the lyrics of his 1988 hit Big League. The song, about a father mourning the death of his son at the hands of a drunk driver, speaks about their early morning drives to hockey practice. Cochrane’s childhood, however, was slightly different.

“Truth be told, it was my mom who drove me to all my hockey practices when I was a kid,” said Cochrane.

Big League resonates with many fans, including famous ones like hockey legend Bobby Orr but even he had to be set straight by Cochrane.

“I’ve been fortunate to do some events in Parry Sound with the great Bobby Orr and one time he said, ‘Play that song you wrote for us.’ I told him, ‘I didn’t write it for you, I wrote it for those who didn’t make it,’ ” Cochrane said with a chuckle.

In a recent interview with the Leader-Post, Cochrane talked about the difficulty of comprising a set list that meets his standards along with the expectations of his fans. He said the current set list would include 10 or 12 songs that “I call non-negotiable.” And that it did — hits like Boy Inside The Man, Sinking Like A Sunset, No Regrets, Victory Day, White Hot, Lunatic Fringe and Life Is A Highway powered the set but Cochrane also made sure to include five tunes from Take It Home (I Can’t Stay Here, Sunday Afternoon Hang, Country Girls Never Get Old, Pink Time and Another Year. Pink Time was especially compelling as vocalist Jessica Mitchell joined Cochrane for the heart-wrenching story of a long married couple dealing with the terrifying toll Alzheimer’s was taking on the wife.

“If you can write a beautiful song about murder/suicide, then I guess that’s it,” Cochrane explained in the earlier interview. “That sounds horrible but the thing is, it’s an act of love by him with his wife.

” The set also included an acoustic session which Cochrane opened with Avenue “A” and the stripped down performances, which also included Ocean Blue, I Wish You Well and Citizen Cain, were clean, simple and wonderful. It apparently wasn’t as easy as it looked though as Cochrane began the opening notes of Avenue “A”, he encouraged himself by saying, “C’mon fingers.”

Cochrane was joined on stage by Red Rider members Ken Greer (guitar), Jeff Jones (bass) and Davide Direnzo (drums) along with Mitchell and Nicky G (banjo/guitar). Their skills were easily evident and their harmonies added extra zest to many of the songs.