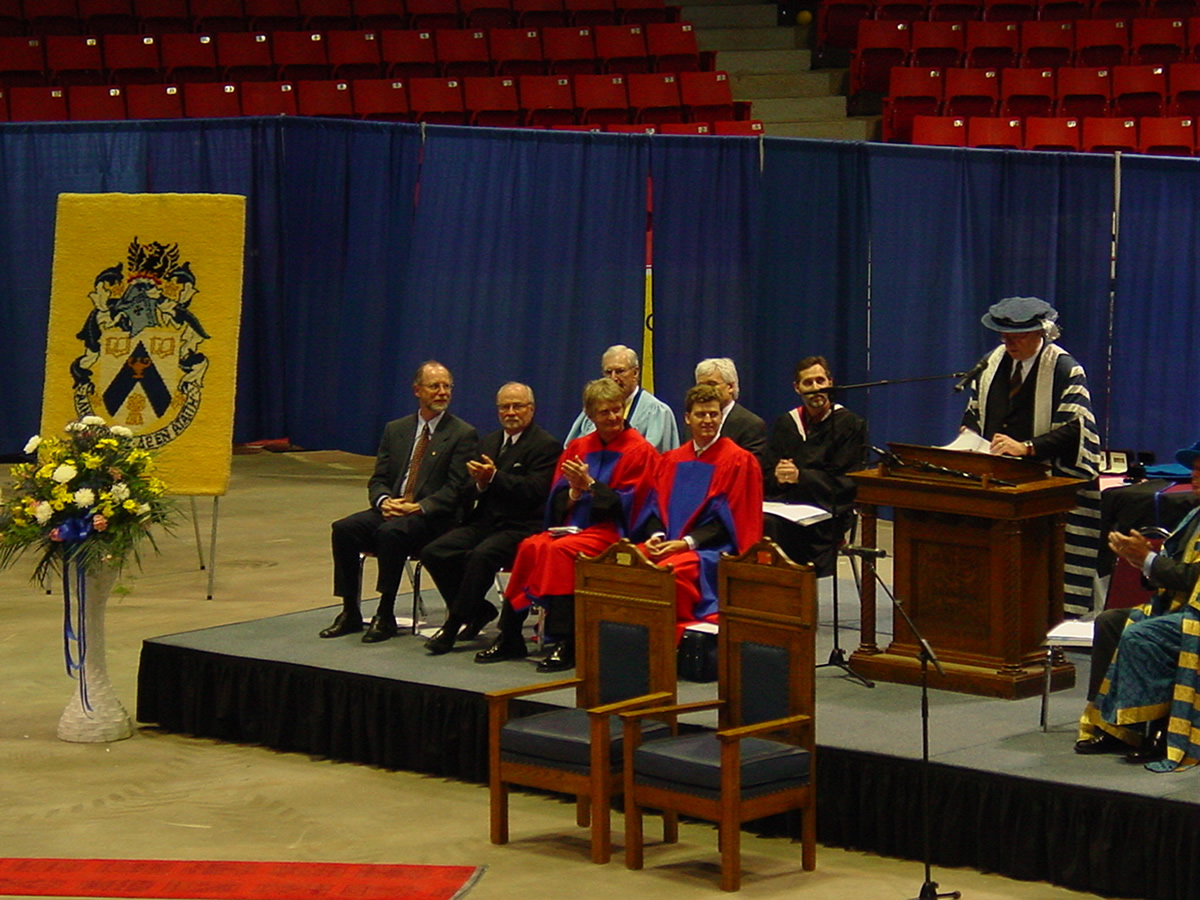 When I first mentioned nominating Tom Cochrane for an honourary degree to the Glen Carruthers, the Dean of Music at Brandon U, and the coolest man in Canada, his response was “great idea – the body of work is certainly there”.

I then said “and you know he’s from Manitoba?”. To which Glen said “Are you kidding me?  We’ve gotta get going on this or we’re going to be scooped by U of Manitoba!”.  A true Brandonite, always worried that U of M will get in ahead of us.  But I am very pleased that we didn’t delay too long and Tom is here to accept his award.

I have been listening to Tom Cochrane’s music for over 25 years.   He is

Through the music of Tom Cochrane I have been introduced to some great writers and great ideas.  Without looking too hard, one can find references to Pablo Neruda, Arthur Rimbaud, and Jean Paul Sarte in the lyrics of Tom Cochrane.  I have two examples from my university days, spread 15 years apart, to give you some idea of what I mean.  In 1985 I was talking to a classmate about Pablo Neruda, when he mentioned that “ there’s this Canadian band called Red Rider that has an album called Neruda”, and I said, “I know,

that’s how I came to learn about this guy”.   An embarrassing number of

years later, in 2000 when I was at law school, a classmate said that she had been doing legal work in the summer for the Cheslata Indians in B.C., and I said , “I know about this, the flooding by Alca”  She asked how I knew this, and I said it was a Tom Cochrane song “River of Stone”.  I realized then that she would have been about 8 when that song came out, so I did not go further, but my point is that through music we can not only enjoy the song, but also learn from the song-writer.

What can you say in a few minutes about an artist’s whole body of work?

Well, the first Tom Cochrane album was entitled “Hang on To Your Resistance”, and this is a theme that seems to run throughout his music.

I think there would be nothing more fitting, and more Canadian, than to use the words of a Montreal Jewish poet, whose music Tom has covered, to honour a good Prairie boy like Tom.  I quote from Leonard Cohen:  “Like a bird on a wire/ like a drunk in a midnight choir/ I have tried in my way to be free”.

I think Tom Cochrane has tried to stay free in his music, and if you do this very well, well then you deserve to be called a doctor of music.

And to close with a Tom Cochrane line, Dr. Tom, “We toast to your charms”.

Speech by Brian Mayes at the reception put on for the degree winners and their nominators.

On Saturday May 28th 2005, Tom Cochrane received an honorary doctorate in music from Brandon University, Manitoba. 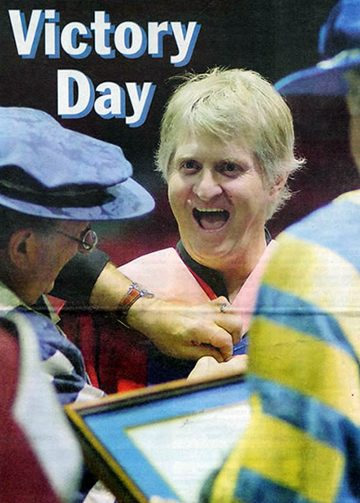