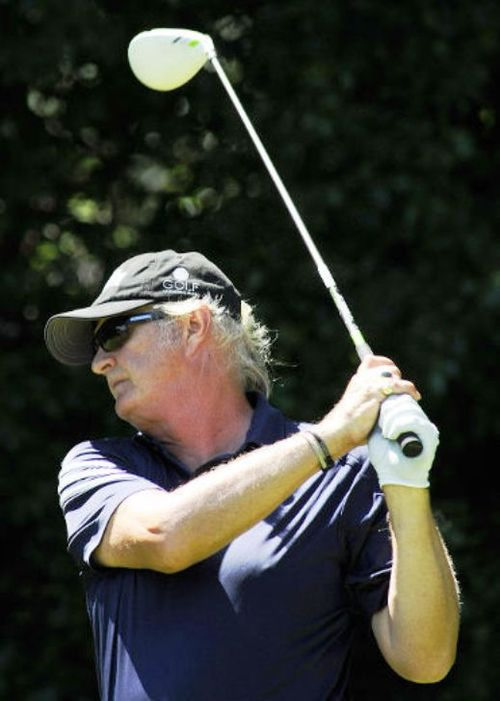 Tom Cochrane’s career includes writing theme music for the movie My Pleasure Is My Business, the Xaviera Hollander story, working on cruise ships and driving taxi. Of course, most know him for his extraordinary song folio that individually have touched so many of us in one fashion or another. After several years out of the spotlight, the avid golfer returns next month with Back In the Game, an album of impressionable new songs. Singer-songwriter and recording artist Ali Slaight, Talent Development Coordinator at Slaight Music, recently had the opportunity to pose 5 Questions with… Tom. The following is the result of that conversation.

“Sunday Afternoon Hang”, the new single from the next album, is a feel-good blend of Country, Blues and Rock that is quite different from the sound I grew up listening to. What influenced and inspired this new direction?
Pretty practical really; no mystic answers for this as I did a favour for a friend, Frank Davies, and flew to Nashville to write with Danielle Bourjeaurd who is signed with Frank’s publishing company. I had this sketch of an idea for the song I had worked up in Austin. We sat down and banged it out ostensibly for her record…. I don’t co-write very often, but we had a lot of fun with this and it shows. Danielle is talented and has a ton of energy.  At any rate, her deal fell through and everybody that heard it liked it a lot and it so I did it.

Living part time in Austin – “The Live Music Capitol of the World” – must be enriching. Have you met, or been introduced to any musicians that you have been inspired by?
I think Austin and the south have influenced me quite a bit and this record will reflect that. Of course I grew up loving southern music and being very influenced by it… from Robert Johnson, Lightning Hopkins to Hank Williams and Johnny Cash.Ry Cooder and J.J. Cale were huge influences on my development as an artist as well. All that aside, there is a song called “Back in the Game” which is very Texas swing/blues and it was inspired one night when (wife) Kath and I went to the Continental and watched these young swing dancers…. and loved the energy of it. We’ve had Jimmy Vaughn and his wife Robin over for dinner a few times and have been to quite a few of his shows…. Love Charlie Sexton’s work. He also lives there. He’s a really good guy. With all that said, there are a lot of references to “the Bay” which to me is Georgian Bay but people will relate it to as they see fit.

Has your song-writing process changed over the years?
Not really. I usually start with a guitar or piano riff, but a story as well or at very least a hook and then take it to my pro tools rig pretty quick. It’s really all about the story, the idea or feeling. The music is easy.

You talked a bit about your upcoming album on FYI, but is there a certain message you’re hoping people will discover and take away with them?
I hope they will take away the idea that as much as things change, there are constants —and that we are becoming very desensitized and narcissistic in this ‘selfie’ world collectively. There is a spiritual component, but we just have to be tuned in a bit to it.

What does this upcoming album mean to you?
Again, it touches on the constants of the human condition, the searching and spiritual longing… That as much as anything is what the troubadour is about… that journey, that restlessness … the rock and roll hobo. I realize that no matter how old I get that yearning is still there and maybe that we don’t have to hang it up because we’re not 25 anymore.  I don’t want to retire to a country club in Florida. It’s ok to visit :), rage against the dying of the light and all that. So this record is pretty rootsy and out of step with the times (lol), but I’ve always heard a different drum banging over the horizon anyways.