In Depth and Personal With Tom Cochrane 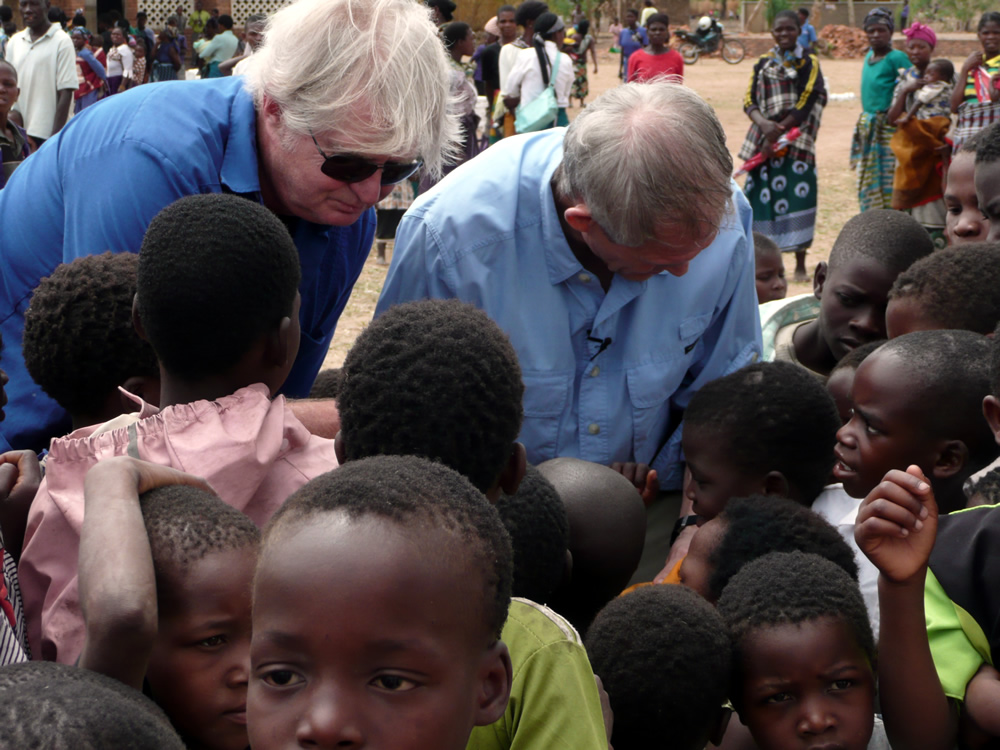 Canadian Icon Tom Cochrane is a leader in Canadian music, known and loved throughout the world for hits like “Life is a Highway”, “Human Race” and “I Wish you Well”. Tom bought his first guitar at age eleven by selling a toy train set. Tom’s global successes, massive body of work and powerful performances have firmly established him as one of Canada’s most loved artists. Beyond the music industry, Tom is also deeply respected for his down to earth, caring nature and his work to support people around the world. On the heels of his new music industry award spoke with Tom about his music, artist responsibilities and giving back.

Joan: Tom, you have won countless awards. Congratulations for being honored by the Canadian Music Hall of Fame! What does this particular honor mean to you?

Tom: It’s weird but the public has a short memory and I already am in the Canadian Music Hall of Fame. This is the Canadian Music Industry Hall of Fame and it is also a great honor and very prestigious, well respected award and I am very humbled by it. CMW has become a hugely respected show case and educational week for artists both on a Canadian level and internationally.

Joan: Music aside, you also have the Queens Diamond Jubilee medal, the Order of Canada and many Humanitarian awards. Do you think it is important for artists to draw attention to social issues?

Tom: It is an ongoing debate whether artists should be the voice of change and get involved in social issues and I feel the short answer is yes… Right or wrong the public tends to listen, trust and be influenced by celebrities often more than politicians so if there are issues that a musician feels strongly about then they should lend their voice. Advice: pick your issues wisely, do your research and don’t use a cause or issue simply to enhance your image or profile.

Joan: Can we talk about World Vision? What is your involvement and how did that come about?

Tom: I have been involved with them since 1989 — at that time we had a sponsored child. We’ve partnered with World Vision since then, and have seen their work many times. My wife Kathy and I have been extremely touched and motivated by the dedicated work they do world wide to help save lives in the developing world and improve living conditions for the world’s poor. We have sponsored many children since that first child in Ecuador and will continue to do so.

Joan: I know you’ve traveled with World Vision to remote parts of the world. What do you take away from those experiences?

Tom: We have taken away from those trips an understanding of how difficult it is to do this work and how lucky and blessed we are to have been born in a country with relative boundless opportunity and riches and that to help World Vision in some small way do the heavy lifting they do is a privilege.

Joan: Is there one story in particular you’d like to share with us about some of the people you’ve met while on location with World Vision?

Tom: I was in a fairly dangerous part of war torn Mozambique, a wet feeding refugee camp when a women being held in her daughter’s arms died in front of us, she was severely dehydrated in an advanced stage of starvation and the little girl looked up at us as if to say “how could this happen?”. I saw my daughters in her face at that moment and I will never forget it. The World Vision doctor, Dr. Jellipa had been there for two or three months in horrendous conditions and refused to leave. He was that dedicated.

Joan: What other charity work are you doing right now?

Tom: I will be speaking at a World Vision event in June about their “Starting Strong” initiative. We are taking a trip to Cambodia in the late fall with child slavery as the focus of that trip.

Joan: You lead by example, showing that individuals can make a difference and make the world a better place. Who do you “look up to” in your life?

Tom: Well I have had some pretty great mentors who have lead by example themselves like Dave Toycen (President of World Vision) on a charity level, then there are people like Deane Cameron, Randy Lennox and Frank Davies on a music business level as well.

Joan: A lot of musicians look to you as a mentor. Any advice for up and coming artists?

Tom: The music, the songs, the work comes first — not everything else. The other things will find and pick you after you have some success. Also keep your options open not just from a practical standpoint, but because by going to school or working a part time gig, whatever you learn you can draw from those things to create and get inspired. These things all teach us about life — and life after all is what the songs are about.

Joan: What advice would you offer to a regular person who would like to help make the world a better place?

Tom: Just do what you can and try to be mindful and kind on your journey. Nobody can change the world all by themselves and it is futile and arrogant to think that you can. “Life Is A Highway” touches on this. Keep your eyes on the road ahead of you and try to spread some good will and do the right thing along the way.

Joan: Getting back to your music, what can we look forward to hearing from you next?

Tom: Pretty much all my energy right now is going towards making a record and trying to get a single/EP out by late June then an album by the fall.

Joan: You grew up in a very small town, Lynn Lake, Manitoba. When you were a kid growing up, no doubt dreaming big, did you ever expect this kind of huge international success that you’ve enjoyed?

Tom: No I never expected this kind of success or longevity. I thought, well, it would be great to release a record or two and tour and play the world — you know you put one foot ahead of the other and see where it takes you. Started playing pubs and coffee houses then clubs for the summer and it turned into the endless summer ha ha ha!

Joan: You gotta love endless summer! It’s been an honor to speak with you Tom, Can’t wait to hear the new album! Thank you for sharing with us today.