Keys To The City Of Winnipeg 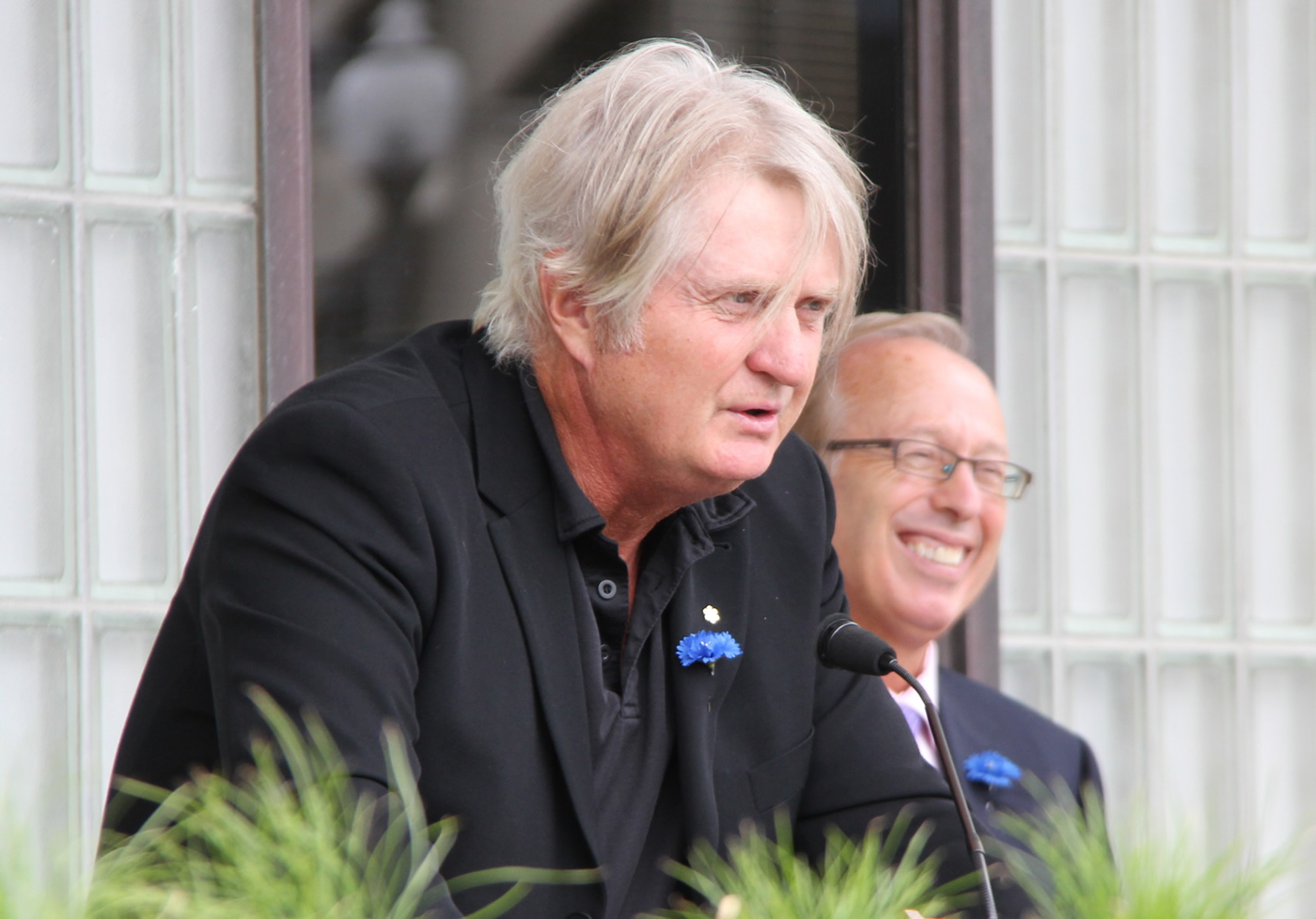 It was part of a ceremony at city hall that recognizes June as ALS Awareness Month. Cochrane has helped raise 1.9 million dollars for ALS client support and research playing charity concerts.

Commonly known as Lou Gehrig’s disease, ALS is a rapidly progressive and fatal neuromuscular disease that leads to paralysis of voluntary muscles. ALS eventually leads to death when the chest muscles needed to breathe stop working.

“This symbolic flag raising, and having people like Tom Cochrane, a musical icon and also a fierce advocate… shows the commitment to making lives better for those living with ALS,” said ALS Society of Manitoba executive director Diana Rasmussen during the ceremony. “I’m delighted that Tom Cochrane could be with us today and be honoured at this event.”

The key to the city is bestowed upon visiting dignitaries, with past recipients including KISS front man Gene Simmons, former CFL star

“To get it here, in Winnipeg and in Manitoba, means a lot to me,” Cochrane told reporters after the ceremony where he helped raise an ALS Society of Manitoba flag in front of city hall. “It’s humbling… I’m getting chocked up.”