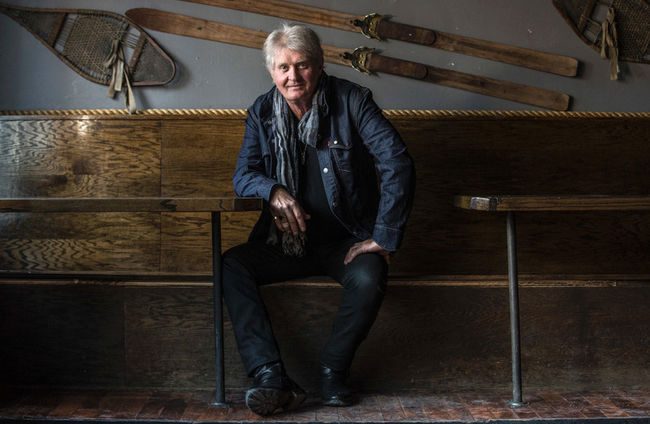 The exhibition, called Showcase: Tom Cochrane, will be located on Studio Bell’s fifth floor, and will feature a wide selection of awards and artifacts from Cochrane, including the 1963 Gretsch guitar, used by Cochrane in the music video for 1988 single “Big League,” and seen on the cover of his Victory Day album with Red Rider, along with the outfit worn in the music video for 1991 chart-topper “Life is a Highway.”

The opening of this new exhibition will coincide with the deluxe reissue of Cochrane’s 1991 Diamond-selling international smash, Mad Mad World, including a live concert recording in its entirety and demo version of globally-recognized anthem, “Life is a Highway,” and the announcement of a coast-to-coast Canadian tour in early 2017 celebrating the 25th anniversary of Mad Mad World.

“’Mad Mad World was a record that changed my life. This exhibition is a reflection of that time in my career, but also captures many other important landmarks, from my early days on the Yorkville scene to playing with Red Rider and into my solo career,” said Tom Cochrane. “I’m so humbled and honoured to have my story celebrated at Studio Bell.”

“Tom Cochrane is one of the most recognized figures in Canadian music, thanks in part to the lasting impact of Mad Mad World,” said Adam Fox, Director of Programs, NMC. “We are proud to honour Tom’s legacy and begin sharing content from the vast EMI Music Canada Archive in partnership with the University of Calgary.”

About Tom Cochrane and Mad Mad World The success of 1991’s Mad Mad World helped Tom Cochrane to achieve massive international success, led by the Grammy-nominated hit single “Life is a Highway.” Twenty-five years later, Universal Music Canada is reissuing Mad Mad World as a re-mastered deluxe edition on October 28, 2016, complete with the previously unreleased original demo recording that became “Life is a Highway.” Mad Mad World remains among the top-selling albums in Canadian music history, achieving rare Diamond-certified status (Cochrane is one of only three Canadian males to achieve this milestone). With multiple JUNO Awards and over six million albums sold worldwide, Tom Cochrane is a Canadian music icon. He was inducted into the Canadian Music Hall of Fame in 1993 and is an Officer of the Order of Canada.

Showcase: Tom Cochrane is accessible with paid admission to Studio Bell, and will run from October 28, 2016 until April 30, 2017. www.nmc.ca