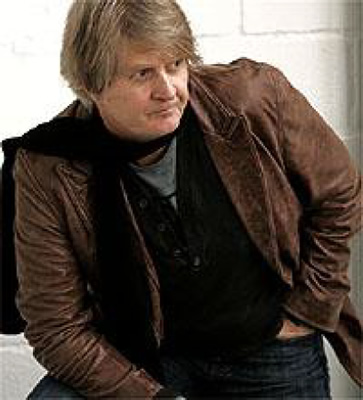 A ‘comeback’ from Tom Cochrane, who never went away

A comeback is only a comeback if you’ve actually gone away. So don’t refer to Tom Cochrane’s No Stranger, his first album of new material since 1998, as his comeback album.

“It’s that old cliche,” Cochrane said yesterday, chatting with reporters about the new disc, due in stores next Tuesday.

“I remember reading that about Joan Jett. ‘You’ve been away, and it’s a comeback record, you’re coming out of retirement.’

“I’ve always done shows, so we’ve always been out playing since the last record (X-Ray Sierra). Enough to stay in the flow. But if you don’t have a record out there people I guess don’t take notice.”

We are a fickle public, it’s true. But Cochrane (and Joan Jett) are right — it’s not like anyone disappeared. Cochrane plays at least a couple of dozen shows every year, and will be doing his next Toronto gig at the Mod Club on Nov. 24.

It’s just that the flow of musical creativity isn’t always a river running at a constant rate. Sometimes it’s a torrent, and sometime’s it’s a trickle.

Cochrane’s father’s death in 2003 was the first thing that cracked the dam and spurred Cochrane to think about songwriting again. Visiting Canadian troops in Afghanistan that year widened the breach a little more.

That, and making another album just felt like the thing to do again. “The reason I made it is the same reason birds fly south, I guess,” he said. “There’s an instinctive thing, it just felt like it was time.

Layering his songs with meaning has always been a Cochrane hallmark, even if casual listeners didn’t twig to Lunatic Fringe’s anti-racism stance, or know that the toe-tappin’, finger-snappin’ Life Is A Highway was inspired by Cochrane’s soulprobing trip to West Africa.

No Stranger’s first track, The Party’s Not Over, is more than just Cochrane saying a hearty, “Hi, I’m back!” — he talks about life going on no matter what, and mentions the young girl he met in war-torn Mozambique who watched her family hacked to death in a machete attack.

Rough And Tumble, another track on the new album, is a salute to Canadian troops in Afghanistan.

“I hang on steadfast to the whole idea of Canada’s peacekeeping, that heritage,” Cochrane said. “It’s become an important part of our culture. But it’s tough to see these guys get dragged more and more into the conflict. I wish them well.”

The track Glide has deeper meaning as well. Cochrane, 53, decided it would be a fitting swan song on what he intended to be his final album. But during the making of No Stranger, that sentiment changed.

“You get through (the making of an album) and it’s a lot of work and it’s psychically taxing, but you finish and look back on it and think, ‘Hey, it’s not bad. I’m pleased with that.’ ”

He’s already got half a dozen solid songs that didn’t make the album, and he’s pretty certain No Stranger won’t be his last kick at that particular cat. “I think I’ve got a little wind in my sails,” he said with a grin. “I might keep going for a while.”