Created in 2012 to mark the 60th anniversary of Her Majesty Queen Elizabeth II’s accession to the Throne as Queen of Canada, the Queen Elizabeth II Diamond Jubilee Medal was a tangible way for Canada to honour Her Majesty for her service to this country. At the same time, this commemorative medal served to honour significant contributions and achievements by Canadians. During the year of celebrations, 60 000 deserving Canadians were recognized.

To ensure that a variety of fields of activity were recognized, partner organizations were invited by the Government of Canada to nominate candidates from their community or organization for this national honour.

The design of the medal was developed by the Canadian Heraldic Authority. The medal was manufactured by the Royal Canadian Mint at their Ottawa facility. 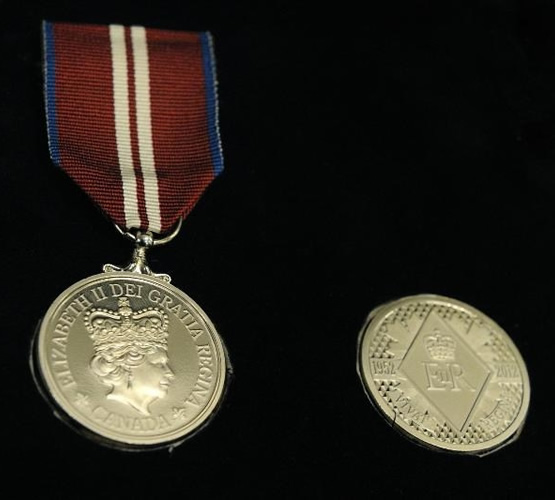