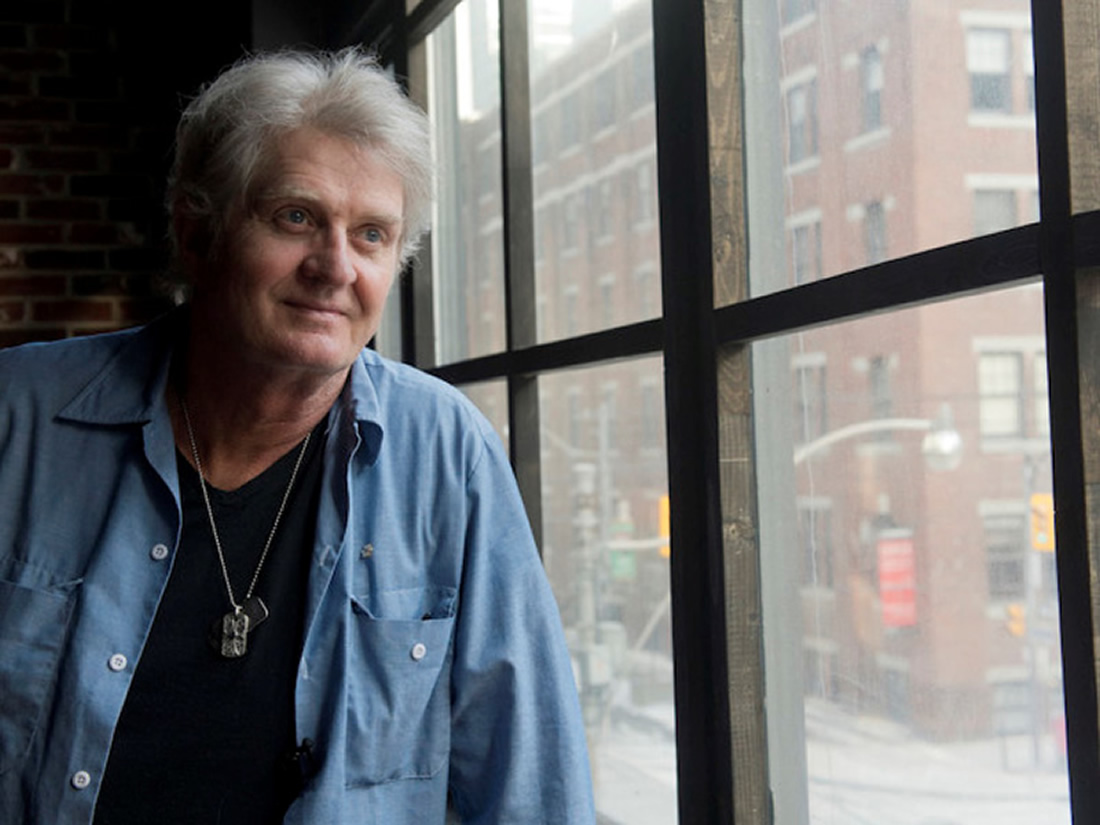 TORONTO – In 1988, Tom Cochrane and Red Rider, a well-travelled Canadian rock band with a handful of hits already on the air, released an album featuring an unusual song about the sport of hockey. What made it unusual was its duality: An aspirational opening leading to an adrenaline-coated chorus, blending into what appeared to be a deeply depressing story.

The song, Big League, is four-and-a-half minutes long, and told through the voice of an anguished hockey parent from an unidentified northern town. Their son was going to play in the eponymous Big League, having earned a scholarship to play with “a big U.S. team” until tragedy struck down his dreams, and also theirs.

Canadians bought more than 100,000 copies of the album within a month of its release. A critic from the Toronto Star wrote Big League was “powerful,” the Vancouver Sun hailed it as a “moving anthem” and the Ottawa Citizen described Cochrane as “hockey’s man of the moment” in U.S. markets, which was not faint praise considering Wayne Gretzky had been sold to the Los Angeles Kings only a few months earlier.

The lyrics are based on a true story, but the names have remained a long-held secret. The song has inspired a generation of would-be hockey parents, and it has also been played at memorial services to honour players who have died too young.

“It is one of my most poignant songs, and I often say to people it’s the song I’m most proud of,” Cochrane said. “It’s a Canadian anthem. And it does resonate universally, but it’s still our story, you know? And that’s important to me.”

He was leaning over a hot drink on a cold afternoon last month, inside the Rock ‘n’ Horse Saloon, in downtown Toronto. Now 61, Cochrane is set to release his new album, “Take it Home,” on Tuesday, ahead of a cross-country tour that will open Saturday, in Thunder Bay, Ont.

A sheet with the lyrics to Big League was placed on the table in front of him.

In the years since its release, several theories have evolved around the alleged inspiration behind the song. Some presumed it was based on George Pelawa, an 18-year-old forward from Bemidji, Minn., a powerful winger who had committed to play at the University of North Dakota, and who the Calgary Flames selected 16th overall in the 1986 entry draft.

He was killed in a car accident months after that draft.

Cochrane has heard the theories. Another is that his song was inspired by an accident that occurred just a few months after Pelawa’s death, when the bus carrying the Swift Current Broncos hit a patch of black ice and skidded off the road, killing four players. Brent Ruff, younger brother of then-Buffalo Sabres captain Lindy Ruff, was among those killed.

“I think what’s important is that it is inclusive for everybody,” Cochrane said. “I don’t think it’s that important, specifically, who it’s about.”

The inspiration, he said, came from a custodian who approached him before a show at a rink “up north.”

“He came up and he said, ‘My boy’s a big fan of Boy Inside The Man. And I said, ‘Oh, is he coming to the show? We’re playing it tonight,’” Cochrane said. “And he said, ‘No, he passed away, he was an aspiring hockey player.’

“And that just hit me like a ton of bricks.”

He said he knew that story would become a song.

The lyrics came to him a few months later inside a rented bungalow in Mississauga, Ont., a spot he and a band mate had rented to work on new songs. It was halfway between their homes, and was only lightly furnished. They had recording equipment in the dining room, with a mattress laying on the floor in another room.

It was in that room, with only a tape recorder, a guitar and a notepad where Cochrane had his idea. He said he awoke from a nap and immediately began playing the song. The first verse came quickly, then the second. He stopped, listened back, and continued to work.

“It just all kind of unfolded,” he said. “It’d been percolating there for quite some time.”

When he was a kid, he’d be up at five
Take shots ’til eight, and make the thing drive
Out after school, and back on ice
That was his life, he was gonna play in the big league
The big league

Cochrane said Pat Quinn, when he was coach of the Vancouver Canucks, would play the song inside the dressing room. The Canucks used part of the song as the soundtrack for a video mailed to voters emphasizing Trevor Linden’s candidacy for the Calder Trophy, as the NHL’s rookie of the year. (Linden ended up finishing second, in 1989, to New York Rangers defenceman Brian Leetch.)

He has played the song at the Memorial Cup. He has heard that Taylor Hall’s mother is a fan of it. Samir Kadri, father of Toronto Maple Leafs centre Nazem Kadri, has often told the story of how Big League came on the radio as he was driving to the delivery ward.

“The song talked about my kid going to play in the big league,” he told Al Jazeera last year. “It was a sign.”

All the right moves when he turned eighteen
Scholarship and school on a big U.S. team
Out with his girl near Lake McLean
Hit a truck doing seventy in the wrong lane
To the big league

There is a Lac MacLean about 90 minutes north of Ottawa. There is also a McClean Lake in northern Saskatchewan, about 10 hours north of Saskatoon. Those lakes do not contain any more hints about the story behind the song, though.

And the song has held a deep meaning for people across the country.

In December 1988, four members of a junior hockey team in southern Alberta were killed when their car collided with a train about 30 minutes south of Calgary. Three players, all with the Kainai Golden Chiefs, were killed, along with their general manager.

More than 3,000 reportedly attended a memorial service held inside an arena. Part of that service included a playing of the team’s theme song: Big League.

In 2008, the family of Luc Bourdon, the Canucks defenceman who died in a motorcycle crash in New Brunswick, requested Cochrane to play the song at a memorial tribute before a game in Vancouver.

“And I said, ‘No, that’s private,’” Cochrane said. “And they said, ‘The family wants you there, he liked this song a lot.’ A little part of you goes through that with the family and died with them, in a sense, because you are just overwhelmed by that.”

It was opening night in Vancouver. And after the players were introduced, Cochrane was on the ice with Bourdon’s family. He played an acoustic, haunting version of the song.

“It was one of the most profound performances of that song I’ve ever done,” he said.

Sometimes at night I can hear the ice crack
It sounds like thunder and it rips through my back
Sometimes in the morning I still hear the sound
Ice meets metal: “Can’t you drive me down to the big league?”

“There’s metaphors in the song, and references, like, ‘sometimes at night, I can hear the ice crack,’” Cochrane said. “Well, Canadians, if you’re from the north and it’s late in the spring — getting near playoff time — and the ice starts to melt, you hear the pressure cracks, and it’s haunting.”

He paused for a moment.

“I get chills when I think of that, because it’s one of my more poignant lines, because it also refers to the change in life, that we’re so really tuned into as Canadians,” he said. “It’s just change. There’s this weather out here, but we know the spring’s going to come.”

In the quote that ends the stanza, the parent hears the voice of their lost son.

“I just believe in a higher purpose, and I believe in angels,” Cochrane said. “I don’t think people ever really leave us.”

“It’s powerful,” Cochrane said. “You can’t forget that you may not be here tomorrow, so you’ve got to live it to the fullest, as cliché as that sounds. And that’s maybe the most profound message of the song.”

He described the song as “a trust,” and as a “bond” with the audience.

“I never get tired of playing it,” he said. “I’ve always set out to try to write songs that mean something and tell a story, whether it’s 100 per cent truth or 100 per cent fiction, or a mixture of both. I think it’s important to have something to say in the music.”

He said it remains one of the favourite songs he has written.

When it was released in the U.S., he said it found an unexpected home in Texas. There, it was thought to be about baseball, with its big-league dreams. Cochrane said he had a web developer from Manchester, England, working on his site, “and initially, he had related the song to soccer.”

“There’s a political and economic component, too, that for a lot of people, hockey and baseball and football and basketball and soccer, that’s the way out,” he said.

“And in some cases, it’s the only way out for some kids, in their minds.”

For all the mystery that remains around its inspiration, though, Cochrane confirmed one thing: It is a song about hockey, and it is a Canadian song.