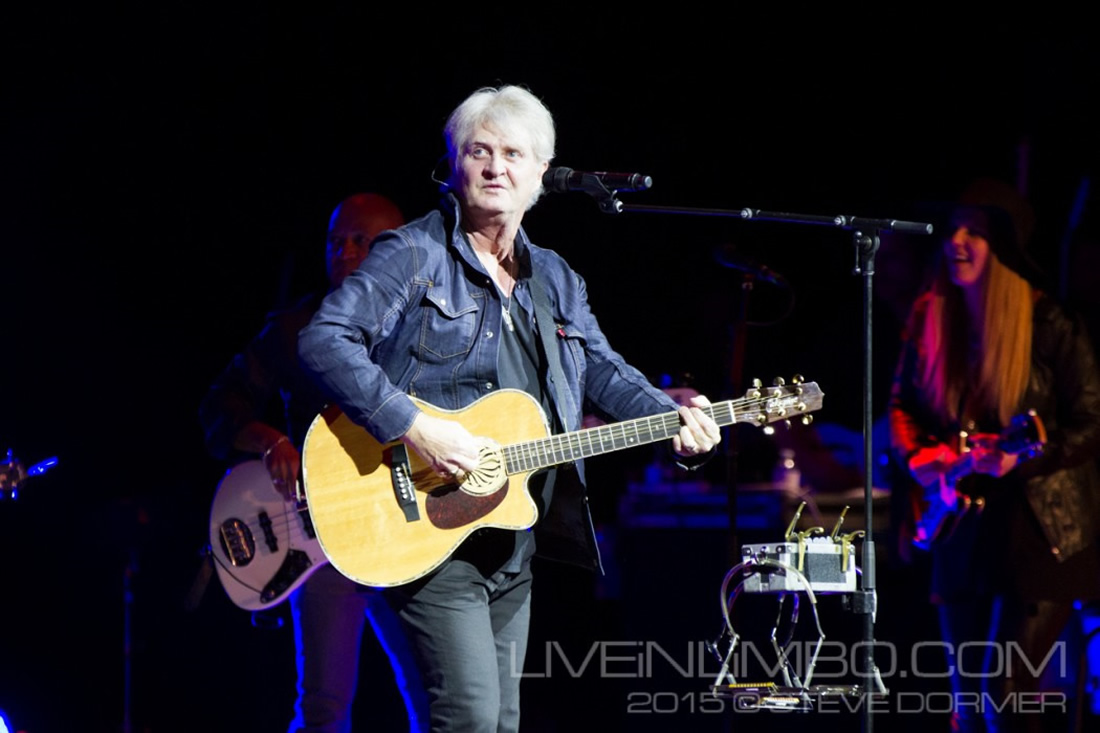 You are never to old for rock-and-roll and Tom Cochrane and the sold-out Massey Hall audience proved that last night for 115-minutes as the 61-year-old Canadian played 20-songs from the early Red Rider days to their new release titled Take It Home. The Canadian storyteller shared with the crowd his love for hockey and Bobby Orr, his adventures across Canada, and his huge love for the Muskoka’s and cottage life.

He opened his show with ‘Boy Inside a Man’ with the talented Jessica Mitchell playing mandolin and backing vocals. What a voice this lady has, very powerful and a great dynamic range. ‘The Untouchable One’ was next, a fitting tribute to his wife and one of his best songs.

The show hit a high point when Cochrane began talking about his love for hockey and how he doesn’t play anymore because of two previous busted ribs. He said “Bobby Orr is the greatest hockey player ever and he had a solid relationship with him. “I’ve been fortunate to do some events in Parry Sound with the great Bobby Orr and one time he said, ‘Play that song you wrote for us.’ I told him, ‘I didn’t write it for you, I wrote it for those who didn’t make it”, He then began the 1988 hit ‘Big League’, and that’s when the crowd participation began. Younger and older women were dancing at their seats and the annoying people began using their phones to video and photo the event while disregarding the view for others behind them. One man was scolded by the security twice for using a lighter above his head like we did in the old days. He did look odd being the only person doing that and not holding up his cell phone.

Cochrane played some newer songs like ‘Country Girls Never Get Old’ and the song ‘Pink
Time’ was brilliantly done with Jessica Mitchell showing off her vocals in the song about an older couple and the sadness Alzheimer’s disease brings. I can see a lot of good things in this ladies future in music, from what I saw during the show, it will be well deserved.

The set also included ‘Ocean Blue’, ‘I Wish You Well’ and ‘Citizen Cain’, and of course ‘Life Is A Highway’ that had the audience dancing and singing to its every lyric. The encores were ‘White Hot’ and ‘Lunatic Fringe’.