Tom Cochrane and his various bands have firmly cemented themselves as a popular arena touring act across Canada in the past few decades. However, this fall, Cochrane will be performing a series of intimate theatre shows in British Columbia.

Fans in Cranbrook will be happy to note that they will get the chance to see and hear one of the all-time greats in Canada in the intimate Key City theatre setting Nov. 7.

Tom Cochrane has been the recipient of eight Juno Awards, plus multiple songwriter awards from SOCAN, CAPAC, and ASCAP. Cochrane is also a GRAMMY nominee, a member of the Canadian Music Hall of Fame, and the Canadian Music Industry Hall of Fame. He holds an honorary doctorate, has a coveted place on Canada’s Walk of Fame, and has been honoured with both the order of Manitoba and the Order of Canada.

Cochrane’s tireless philanthropic work over the past few decades is very worthy of mention, and gets little recognition, because it is very often overshadowed by his tremendous musical accomplishments.

He has worked with War Child, World Vision, Waterkeeper Alliance, Amnesty International, Make Poverty History, World Animal Protection, The United Way, Unison, Tree Canada, and Tempo just to name a few. He was a performer at Live 8, and in both Tears are Not Enough, and Young Artists for Haiti. 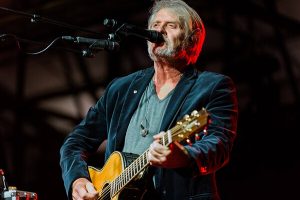 And then there is his incredible music. The album, Mad Mad World remains among the top selling albums in Canadian music history, achieving rare Diamond-Certified status on the strengths of such hit singles as the title track, No Regrets, Washed Away, Sinking Like a Sunset, and of course Life is a Highway, which reigned at number one for six straight weeks in Canada, and reached number six on the North American Billboard Hot 100, and went on to become recognized the world over.

You are advised to get your tickets early for this event, and take the opportunity to see and hear this special theatre performance by the artist who emerged from Lynn Lake, Manitoba, more than four decades ago with guitar in hand and harmonica in pocket, and is still riding the highway today.

Tickets go on sale to the public on Friday at the Key City Box office, or by calling 250-426-7006 or online at keycitytheatre.com.