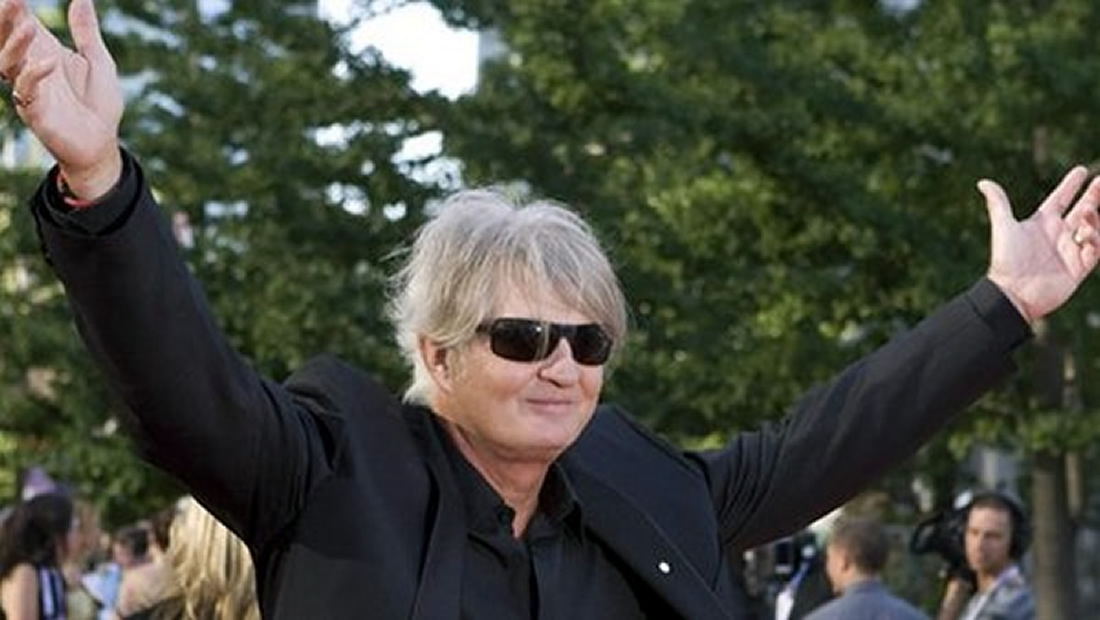 Thomas William Cochrane, the small town boy from Lynn Lake, MB has given us a legacy of songs and recordings that live on, sounding as vital and often times poignant as when we first heard them. Tonight Tom is to be inducted into Canada’s Music Industry Hall of Fame—but don’t be thinking it’s the end of the highway. Call tonight’s tribute a bookend to a chapter, and the next one is well underway.

The trophy case in the Cochrane household must be close to overflowing by now. Tom Cochrane has long been both one of Canada’s most commercially successful and peer-respected artists, and so it is no surprise that recognition of a long and storied career keeps on coming his way.

There is absolutely no doubt he is highly worthy of the prestigious honour, and a well-deserved standing ovation there is inevitable.  Neill Dixon, President of Canadian Music Week, calls Cochrane “one of Canada’s treasured musical icons,” and that is not hype.

Just over a year ago, Tom Cochrane received the 2013 Allan Waters Humanitarian Award at the JUNO Gala Dinner & Awards in Regina. That Award “recognizes outstanding Canadian artists whose humanitarian contributions have positively enhanced the social fabric of Canada.”

Cochrane was inducted into the Canadian Music Hall of Fame in 2003, then into Canada’s Walk of Fame in 2009 (hard to keep track of all this, isn’t it?!). He was made an Officer of the Order of Canada in 2007, and he has amassed a total of eight JUNO Awards over his career.

Such accolades may no longer be a novelty, but Cochrane still enjoys them. In an e-mail interview with FYI on the eve of his induction, he calls it “an honour and a great pleasure to be acknowledged in this way. I see it as a tip of the hat from the industry, a cool way for them to say ‘well done. We understand what you have done for our business and our culture.’ I appreciate that.”

Tom also gives thanks back. “I look back and see the intense support and patience I had from supporters such as (former EMI president) Deane Cameron, (ex A&R VP) Tim Trombley, (music publisher) Frank Davies, (longstanding agent and career strategist) Vinny Cinquemani to name a few, and, more recently, from Randy Lennox who I am very lucky to have as a supporter and as a friend in my corner. Then there’s the support from Canadian radio that has always been wonderful and appreciated. And journalists like yourself as well, Kerry, the late Greg Quill and some others… I owe you guys, thanks.”

The Canadian music industry certainly has real cause to feel indebted to Tom Cochrane. He has sold a lot of records and concert tickets, and provided radio with winning material at a level matched by few peers.

First with Red Rider, then as Tom Cochrane and Red Rider, then under his own name, he has forged a formidable body of work that has resonated deeply with the public, not just in Canada, but internationally. Red Rider’s 1981 hit “Lunatic Fringe” become one of the most played songs in history on American Rock radio, while his career breakthrough album, 1991’s Mad Mad World, sold over two million copies internationally.

Propelled by its signature song, Tom’s Life Is A Highway album has gone on to become one of the biggest-selling Canadian records of all time, achieving the coveted Diamond status that recognizes a million-plus in domestic sales.

Cochrane is justifiably proud of his biggest-ever hit. He once told this writer “Life Is A Highway” was inspired following a 1989 visit to Africa on behalf of World Vision. “From that trip, I was exhausted emotionally, physically, mentally, and spiritually. I needed a song as a pep talk, a song that would bring things into perspective. Lo and behold, it became a pep talk for millions of others! People on a really mass level and from all different walks of life relate to it.”

The highway of Tom Cochrane’s life and career is indeed a fascinating one. As is widely known, he was born in Lynn Lake, MB—the son of a bush pilot. How is that for Canadiana credibility?

He cut his musical teeth in the coffeehouses of Toronto’s famed Yorkville scene in the early ’70s, before making the transition from folk-based singer/songwriter to rock ‘n roller when he was recruited by Red Rider to be their lead singer in 1978.

The potent combination of that band’s musical imaginativeness and Cochrane’s eloquently evocative lyrics earned Red Rider critical respect and a loyal audience, even if they never broke through on a major commercial level.

Tom tells FYI “I believe that on my own and with Red Rider we always tried to explore new territory and push the boundaries: ‘White Hot’, ‘Lunatic Fringe’,  ‘Boy Inside The Man’ and the album Neruda are examples of that. And even when it wasn’t fashionable, I was staunchly proud of being Canadian and I voiced that everywhere I went.”

Fame and major commercial success would come as Cochrane took his sound in more of a heartland rock ‘n roll direction, while maintaining his ability as a poetic lyricist.

He has become less prolific as a recording artist over the past decade, with 2006’s No Stranger being his last full-length release. The creative fires still burn brightly within, however, so it’s great news to hear that he has been recording new material at elite studio Metalworks in recent months. One new tune, “Pink Time” – played for the first time in public at last year’s Junos- confirms his poetic gift remains intact.

“We are trying frantically to get a single out this summer,” Cochrane said yesterday. “I’m not sure if that will happen, best laid plans and all of that… The plan is to release two pieces of work a month or two apart. Each will be five or six songs in length, one being pretty high-energy and leaning towards country-rock, and the other will include ‘Pink Time’ and ‘The Ones That I Have Known’, and lean towards the acoustic and the more introspective side of things. I’d like to take credit for this idea, but it was (Universal Canada CEO and president) Randy Lennox’s.”

Tom Cochrane turns 61 on May 14. Shortly after 60 last year he told this scribe (in one of the many always enjoyable conversations we’ve had over the past 30 years) that the milestone “did have an impact, but you always change. Life changes: There’s a big difference between the ages 60 and 70. We can still do a lot of pretty relevant things in the next little while.”

Whether that is in the studio, onstage, or in his ongoing and tireless work for a range of charities and worthy causes, we can definitely expect Tom to stay active and relevant for many years yet.

Our congratulations go out to a true Big Leaguer and a genuine Hall of Famer.