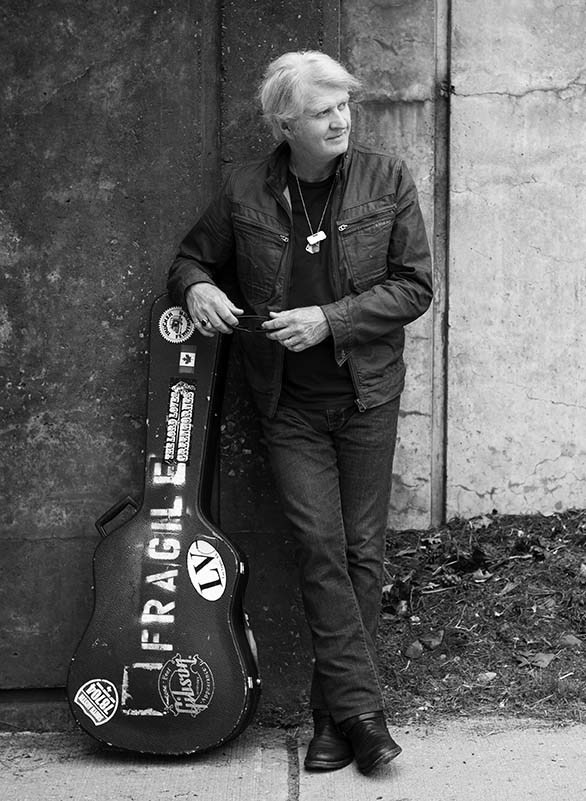 A legendary Canadian performer and musician is marking a significant quarter century with a cross-Canada tour, and he’s making Cranbrook a stop along the way.

Tom Cochrane is celebrating the 25th anniversary of the release of his landmark album Mad Mad World with a deluxe re-issue — and he’s taking to the highway for 2017.

Mad Mad World accelerated the Canadian singer-songwriters already upward trajectory into the stratosphere. Cochrane celebrated this milestone anniversary on October 28 in Calgary, where an exhibition of his musical work was unveiled at the National Music Centre ahead of its opening to the general public. The never-at-rest iconic artist also announced a cross-Canada tour through February and March of 2017, with 21 dates on the calendar and more to be announced in the coming days. The tour touches down in Cranbrook’s Western Financial Place Feb. 24, 2017. Tickets are on sale Friday, Nov. 4.

On stage with his reunited bandmates Kenny Greer and Jeff Jones, Cochrane will perform Mad Mad World in its entirety with additional fan favourites in the set. See website for complete details and information on VIP packages.

The re-issue of Mad Mad World is in stores now, and at streaming services via Universal Music Canada. The remastered two 2-CD set includes the previously unreleased original demo recording of Love is a Highway, from which grew the career-defining single Life is a Highway, and also a 1992 concert performance from Chicago which features key tracks from the album alongside Red Rider classics.

Mad Mad World remains among the top-selling albums in Canadian music history, achieving rare Diamond-certified status on the strengths of such hit singles as the title track, No Regrets, Washed Away, Sinking Like a Sunset, and of course Life is a Highway, which reigned at Number One for six weeks in Canada, reached number six on the Billboard Hot 100, and went on to becom recognized the world over.

Tom Cochrane is recipient of eight Juno awards, plus multiple songwriter awards from SOCAN, CAPAC and ASCAP. He’s also a Grammy nominee, a member of the Canadian Music Hall of Fame and has a place on Canada’s Walk of Fame.

Cochrane has also been tireless in his philanthropic works for decades, working with War Child, World Animal Protection, The United Way, and Amnesty International, Make Poverty History and Tree Canada just to name a few. He was a performer at Live 8, and in both Tears are Not Enough, and Young Artists for Haiti.

Tom Cochrane’s Mad Mad World Tour comes to Western Financial Place in Cranbrook on Friday Feb. 24. Tickets for the event go on sale Friday, Nov. 4, at 10 a.m. at WFP box office, or you can order by phone at 250-426-SEAT or on line at https://tickets.cranbrook.ca. All seats are reserved and priced from $64-$68 including GST (Service charges extra).

The Mad Mad World Tour on Feb 24, at WFP is presented by the Kootenay Concert Connection in association with the Drive 102.9, the Cranbrook Townsman, and the City of Cranbrook.